As one of Brazil’s earliest direct-to-consumer brands, online fashion retailer MAI & MAI has always had an eye for innovative customer experiences. When rapid growth came knocking, MAI & MAI turned to Zendesk to bring together its customer support and sales into a unified digital solution. 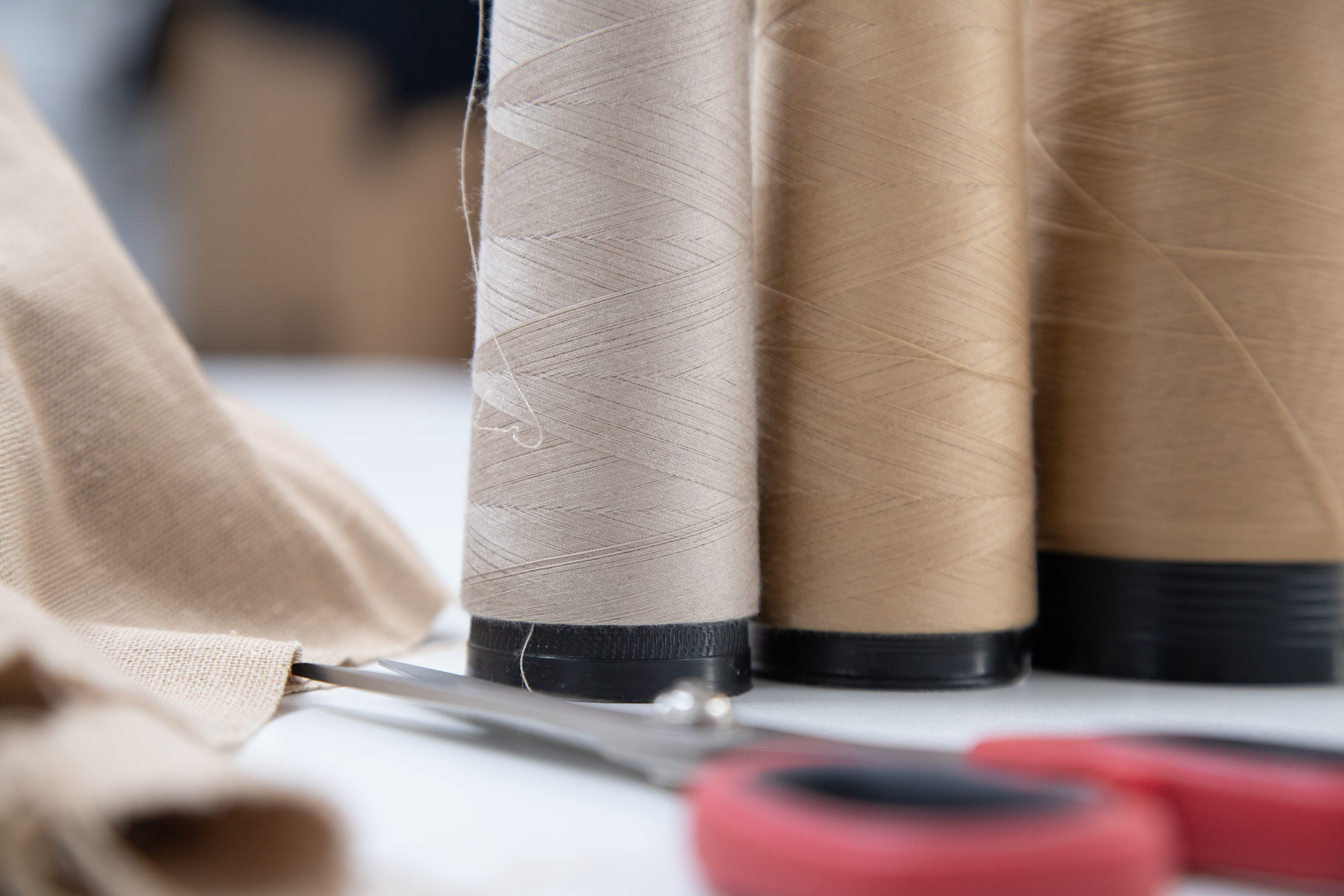 “The Zendesk sales team did an amazing job in understanding the problem and sending the best proposal to solve that problem. They really understood what we needed.”

Director of Marketing and Sales at MAI & MAI

“Zendesk Sell for us is that decision-making platform. It’s something that we talk about every day. It’s super critical for us. If you are driving a car, you need to check speed and full acceleration, and that’s what Sell is for us.”

Director of Marketing and Sales at MAI & MAI

Not so long ago, brick-and-mortar shopping dominated the global retail landscape, with a physical storefront being a necessity for doing business. However, retail is now shifting rapidly into the digital-first realm, bringing with it exciting and unprecedented opportunities for merchants and consumers to find each other and do business without the limits of physical proximity. It’s in this online environment that Brazilian fashion brand MAI & MAI was born.

Founded in 2006, MAI & MAI is a digital-first fashion retailer that sells its collection entirely online. But it’s more than just a clothing line. As one of the first direct-to-consumer brands in Brazil, MAI & MAI has set itself apart from other online retailers in the country through its unique sales model of hands-on personal shopping and exceptional customer service. 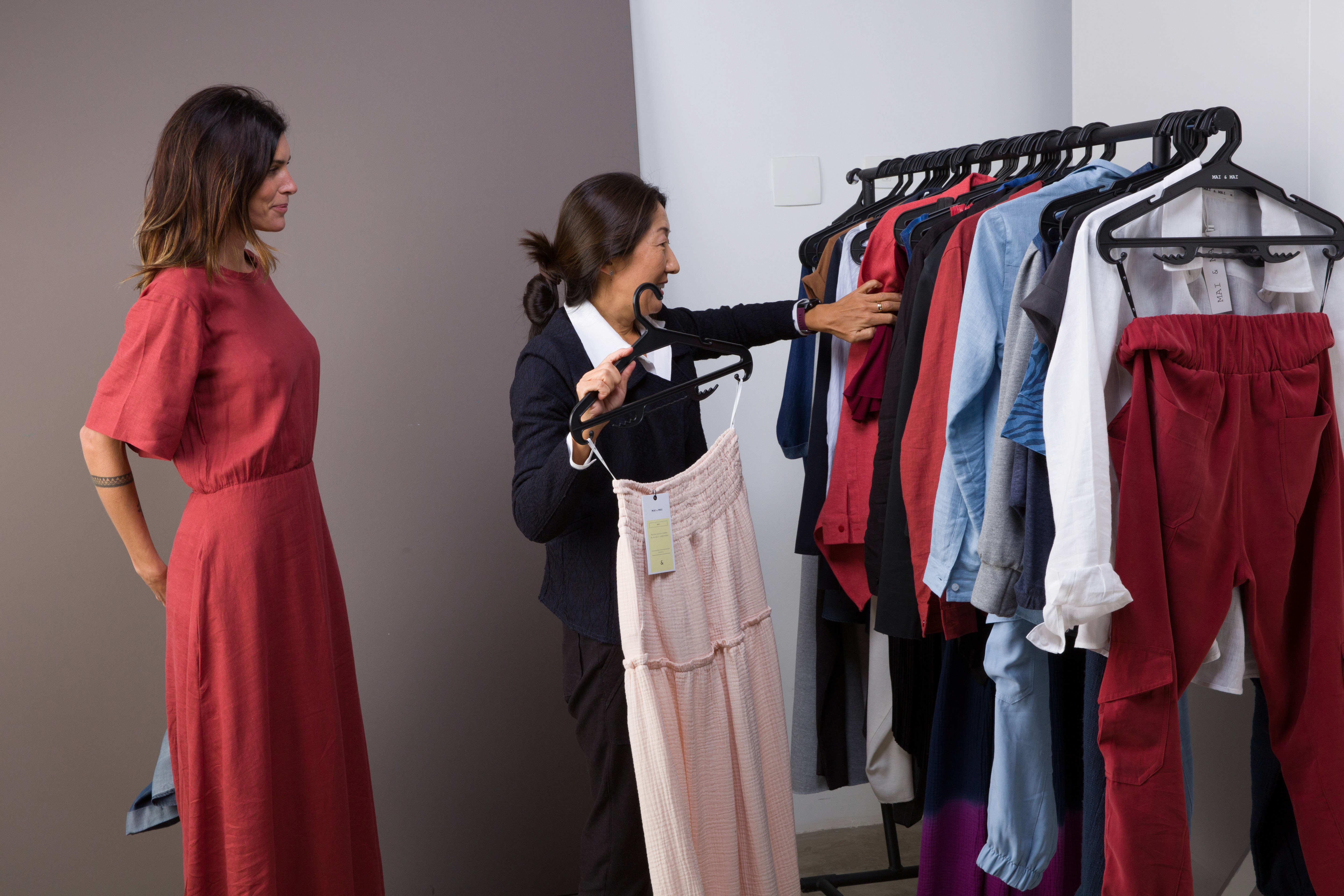 Targeted at professional women who may find themselves short on time for in-store shopping, MAI & MAI delivers the bespoke shopping experience that you might find in an upscale department store, entirely online.

MAI & MAI’s team of sales consultants work closely with shoppers to identify their individual style. From there, the consultants send the customer a curated selection of items to try on at home. In turn, those customers can keep the things they like and simply return those they don’t. This combination of a personalized shopping experience, accessible price points, and the convenience of ecommerce has helped the brand achieve enormous success. Since its inception, the company has consistently grown by 45 percent year-over-year.

With their eyes on regional expansion, the MAI & MAI team knew they needed a formalized sales and support process to help them scale, while continuing to provide a seamless customer experience. That realization led the company to bring management consultant Mauricio Tortosa onboard to lead the digital transformation of MAI & MAI’s sales and customer service processes.

As MAI & MAI grew, sales and support conversations had become fragmented across various channels including email, phone, SMS, and social media. In order to scale, it was clear that the company needed a CRM in place to track communication history with customers across multiple channels in one seamless conversation. 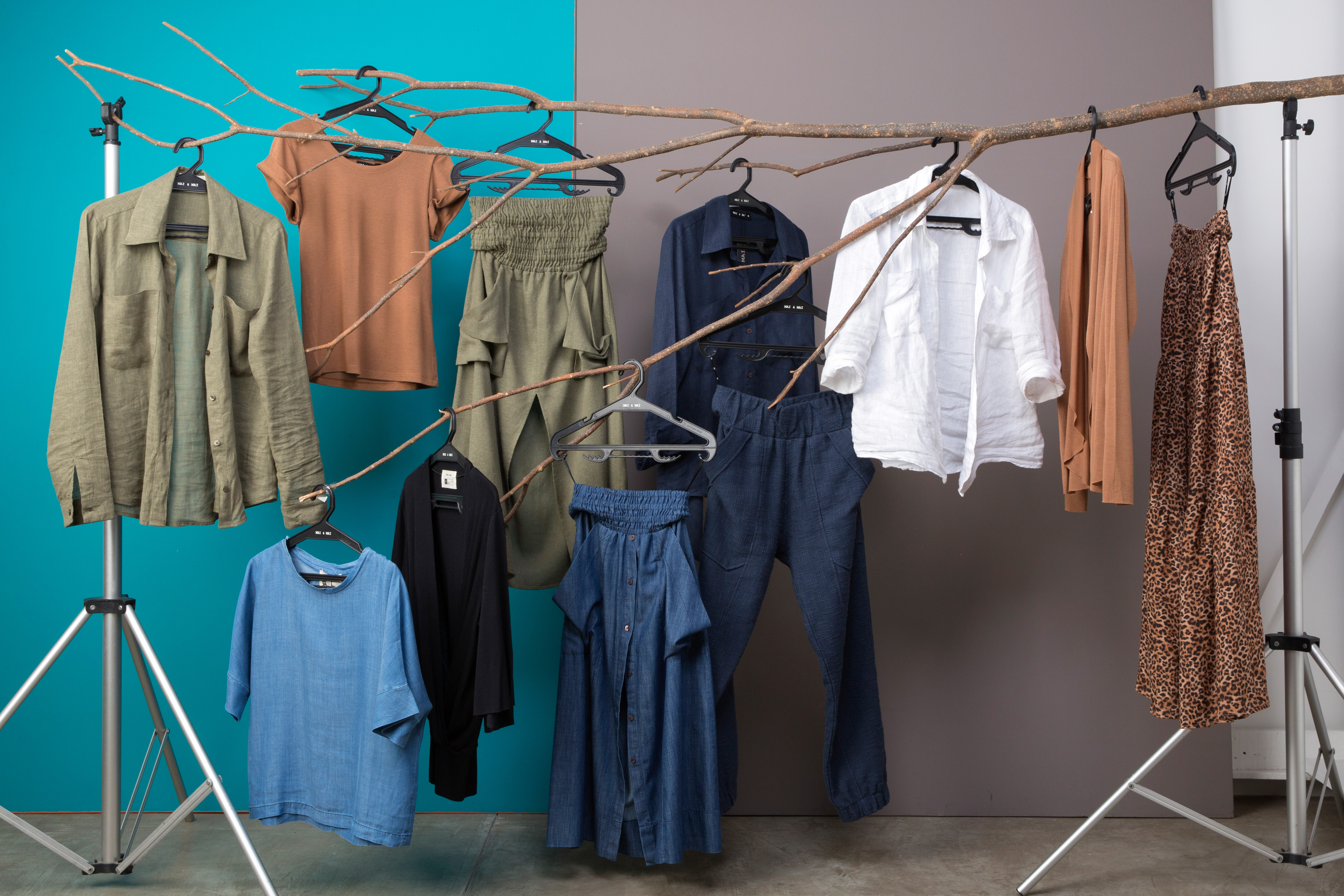 Tortosa’s search ended up with two options: Salesforce and Zendesk. After going through demonstrations with both Salesforce and Zendesk, Tortosa concluded that while both vendors provided strong proposals, the Zendesk team stood out for its consultative approach and deep understanding of MAI & MAI’s business model.

Tortosa felt confident that Zendesk would be the long-term partner MAI & MAI needed on its digital transformation journey. “The cost was not a decision. The decision was based on that trust that we felt with the Zendesk sales team,” said Tortosa, who was eventually hired to be the company’s director of marketing and sales. “Relationships are so critical and strategic to MAI & MAI’s DNA, and Zendesk is a super strategic partner.”

Beyond the instant connection to the Zendesk team, Tortosa also understood that implementing Zendesk would be a faster and easier process than with Salesforce. “I think that the tipping point for us was an understanding that [with Salesforce] we would need a third party to implement everything, and we are a very nimble, very lean company,” Tortosa said. “So we are doing it ourselves. So that was a huge, huge, advantage Zendesk had against Salesforce. We were up and running within two weeks with Zendesk, with training from a local partner.”

MAI & MAI now uses three key Zendesk products to manage its support and sales organizations—the Support Suite, Sell, and Sunshine for its Whatsapp integration. Thanks to the Support Suite, MAI & MAI now seamlessly manages all of its customer service through a single omnichannel platform. No longer fragmented across various channels, MAI & MAI’s support operations are now poised to scale as the company continues to grow. “We are now just growing and building our processes and workflows, and it’s working perfectly,” said Tortosa. 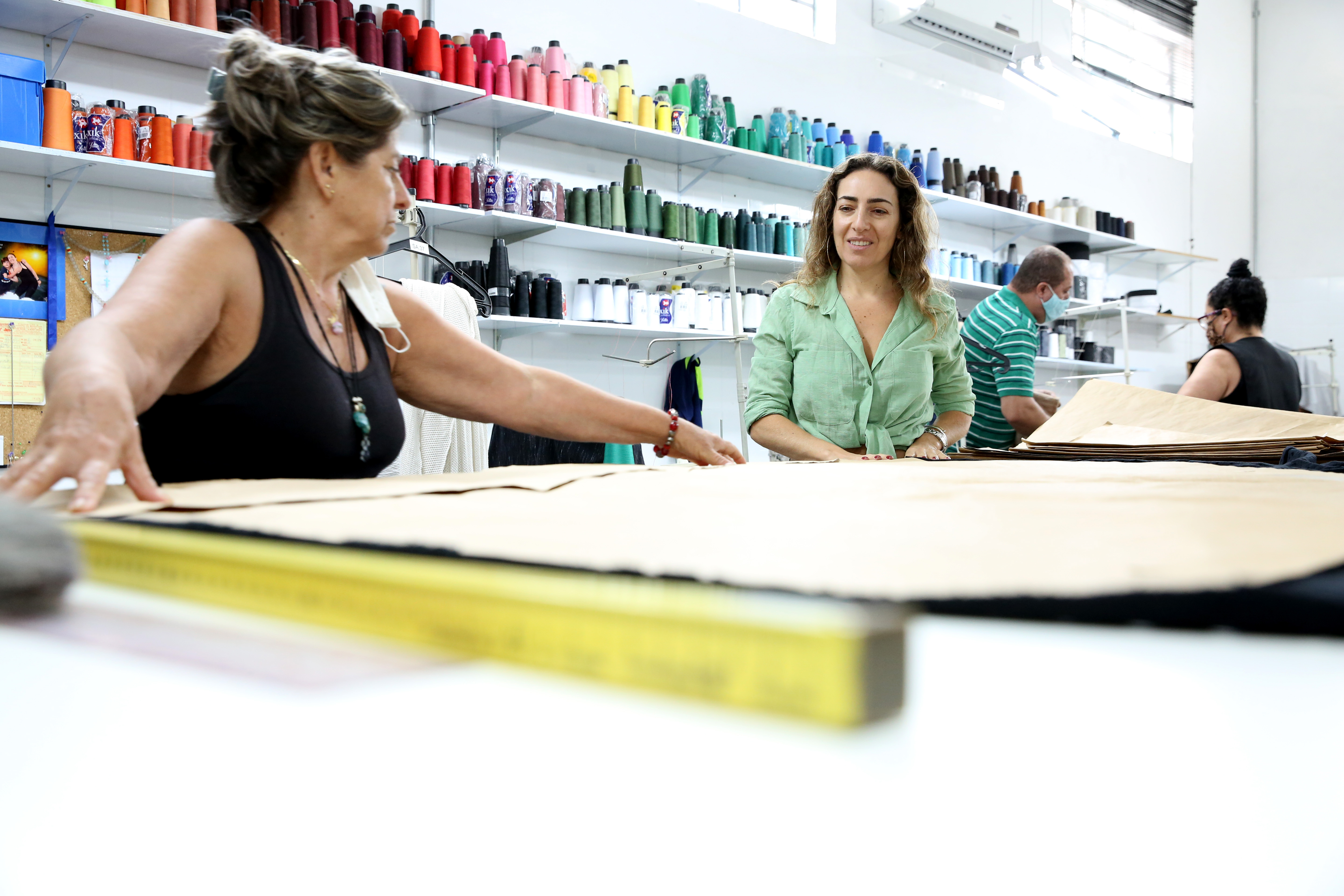 Messenger apps are a highly used channel for support amongst Brazilian shoppers, and MAI & MAI has been able to seamlessly keep in step with its customers’ communication expectations through Zendesk’s native WhatsApp and Facebook messenger integrations. “It’s almost like everyone with a phone in Brazil uses Whatsapp, so it’s critical in this market to be able to integrate with Whatsapp,” Tortosa said.

The addition of Zendesk Sell has also helped the team streamline and elevate its sales operations. Its ease of use has played a pivotal role in driving rep adoption. “[Our sales reps] are loving it,” Tortosa said. “There’s lots of leads and opportunities and contacts and lots of dialogue within the team.”

Now considered a critical tool by MAI & MAI’s 26 sales reps, Sell’s reporting functionality serves as the business’s hub for real-time insights, significantly elevating the accuracy of the team’s sales and pipeline forecasting. “Zendesk Sell for us is that decision-making platform,” Tortosa said. “It’s something we talk about every day. It’s super critical for us.”

Like most of the world, Brazil’s retail economy was dramatically altered when the COVID-19 pandemic hit in early 2020. However, many brick-and-mortar retailers had yet to transition to an ecommerce model. Online shopping is now an expectation from customers, and many retailers in Brazil are still behind the curve in terms of customer support and logistics.

“It’s a logistics nightmare,” Tortosa said. “It’s not a good experience. And with the pandemic, shopping malls are closed, stores are closed. We had a boom of ecommerce in the last four months. So it’s not an option anymore, this is a new norm.”

While the shift to online brought unprecedented challenges for brick-and-mortar retailers, MAI & MAI’s digital-first sales and support infrastructure puts the retailer in an advantageous position. And as the company moves forward, it plans to continuously improve its innovative digital approach to the customer experience, with an eye on regional expansion and adding more sales consultants.