Udemy selected Zendesk Support as a scalable enterprise-grade solution with localized self-service. After migrating and streamlining support in Zendesk, the team has been able to raise its CSAT to 97% and maintain a 15-minute response time. 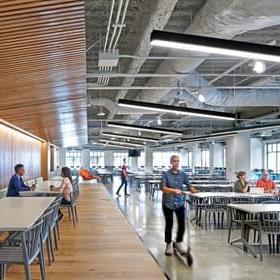 “Only later did I see the features that Zendesk has in spades. If I could go back in time and do it again, I would have implemented Zendesk years ago.”

Director of Customer Support at Udemy at Udemy

“Eva, from Zendesk, did an amazing job building and migrating our help center into Zendesk Guide. She took what we had and made it work beautifully…”

Director of Customer Support at Udemy at Udemy

Building the life you imagine begins, generally, with learning how to do something new. Udemy, the world’s largest online learning marketplace, is a facilitator of this transformative process. Udemy’s platform allows any expert to create a course online, and any student to take that course.

It seems fitting that when Alex Mozes took on the job of Udemy’s customer support director, he also had a lot to learn. Mozes’ background was not in customer support, but when given the opportunity to build a scalable support team from scratch, he jumped on the challenge.

At the time, Udemy had just one person handling support for 2.5 million students. The company relied on the early functionality of UserVoice and had set up automated responses to provide most of the answers. They also offered self-service, but there were only 20 support articles. Taken together, it was a lot for just one person to handle so they implemented a new tool, Desk.com.

Fast forward a couple years. With 13 million global students learning on the Udemy marketplace, Alex needed an enterprise grade solution that offered localized self-service. He also realized what an integrated customer satisfaction feature could do for the organization, and how much they could accomplish with conditional forms. As Alex became more connected to people in the customer service industry, “it became clear that there was feature-richness in Zendesk that I wasn’t aware of.”

“We were scaling and getting more sophisticated at being a bigger team, so we increasingly needed a more malleable solution at an enterprise level,” he said. By then, they’d built 250 macro responses into the system, and complex business rules and tagging.

The team commenced a search for a new tool. Still, the team did their due diligence and evaluated a few other companies in the space, but “Zendesk emerged as the clear solution for a thought-out, more scalable instance,” Mozes said.

Udemy began their migration to Zendesk Support in July 2016 and began accepting new tickets within three months. Mozes noted, “Once we said, ‘All right, Zendesk, here we come,’ it’s been fantastic.”

The increased complexity of Udemy’s customer support operations made the switch more complicated than expected. Mozes explained, “There were three parts to the migration. One was the help center. Another was the data, because we’re very data-centric and wanted to ensure all the old cases migrated over. Then, the big beast of the project was figuring out how to migrate all of the complexities. We had at least 200 different rules and triggers and automations built in, plus all the macros.”

Mozes leaned on Zendesk for help with the migration. “It was invaluable to have a Zendesk project manager to help us figure out what to keep, what to streamline, customize, and what already existed in Zendesk,” he said. “Eva, from Zendesk, did an amazing job building and migrating our help center into Zendesk Guide. She took what we had and made it work beautifully—exactly as we had it after spending months tweaking it—but she gave it to us functioning that way, without all our hacks. She made it simpler and cleaner, and applied her design theory to make it look better and match our site.”

Now Mozes uses Zendesk Support to advance a vision for Udemy that incorporates reactive, proactive, and preemptive support. Ticket responses plus robust self-service options provide the reactive support for students and instructors. Using the API, they create cases and proactively send emails to customers who give a course a negative review. Preemptive support even goes a step further: the team analyzes ticket data to eliminate root causes and prevent issues from arising again. “Zendesk’s data insights and reporting capabilities are superior,” Mozes explained.

Just as significant has been Zendesk Support’s impact on customer satisfaction and response time. “We were previously hovering around a 90 percent satisfaction rate, and we’re at 97 percent right now,” Mozes said. “That’s a clear win. We’re also able to have a permanent 15-minute response time on all of our refund cases.”

Seeing this success, other departments at Udemy have also implemented Zendesk Support for internal use to support their own employees. The legal team was first, followed by IT facilities and the Udemy for Business engineering team.

“Once word got out that we were implementing Zendesk, many other team members unexpectedly expressed interest in using Zendesk as well,” Mozes said.