What companies gain by hiring veterans 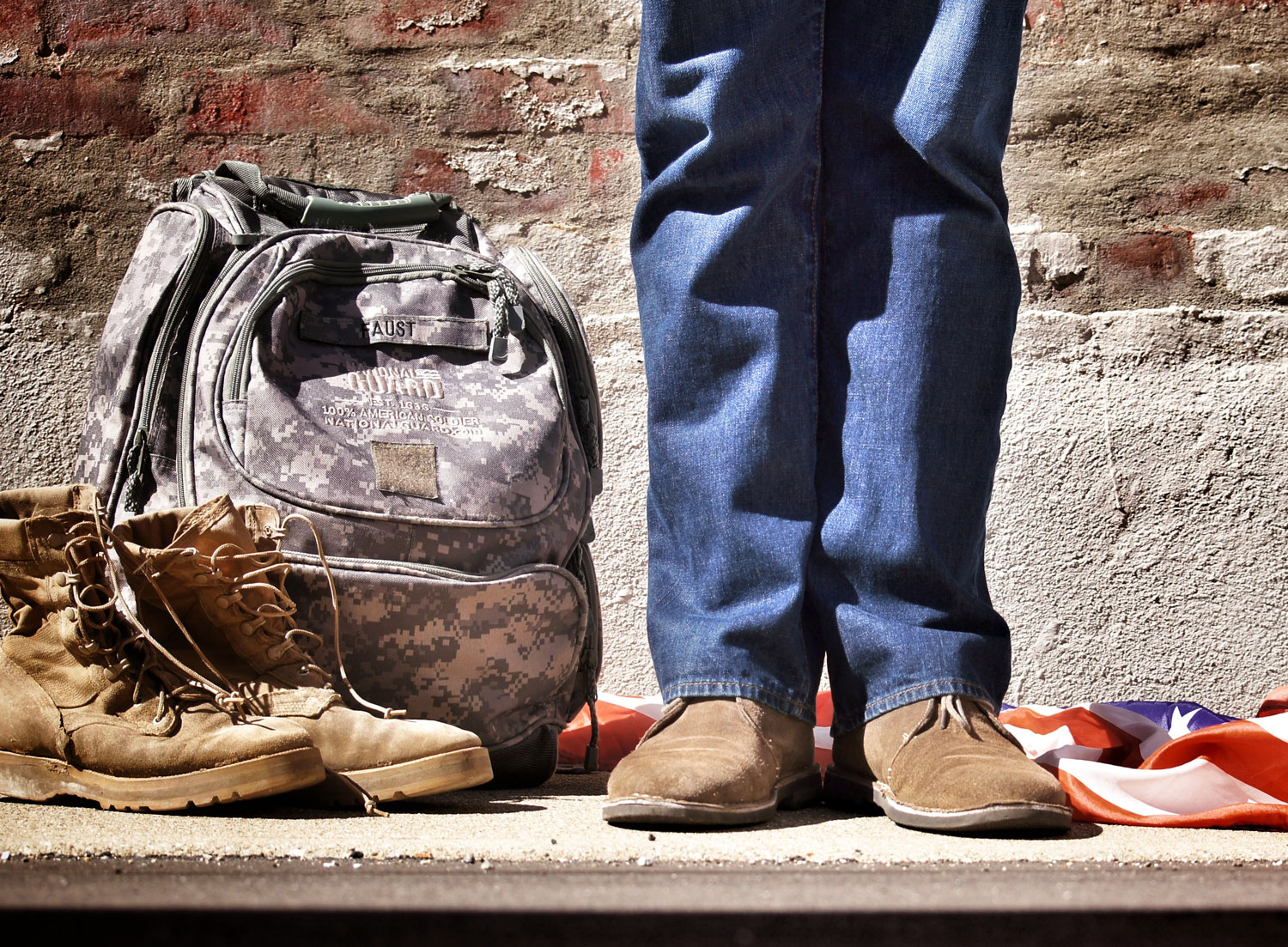 Few of us can begin to imagine life in the military if we haven’t ever served. Or what it’s like to leave the military for civilian life—a challenge that many veterans face, both in navigating the paradigm shift and interfacing with civilians who don’t have an understanding of their past experience. When it comes to the workplace, this challenge can be particularly tough, especially when skills don’t neatly line up on paper.

LinkedIn data from 2019 shows that veterans are 70 percent more likely than civilians to take a step back in seniority when they look for their first job in the private sector. Facing bias that is sometimes political, sometimes cultural, veterans aren’t always hired into roles that they may be uniquely qualified for. It’s a bias that some veterans are working to shed light on.

In honor of Veterans Day, we talked with the founders of the Veterans Employee Resource Group (ERG) at Zendesk, which supports employees who are veterans, and veterans in the community at large. “Two of the primary reasons that we started the ERG was to help with the translation of skills to the private sector, and to remind everyone that military members are part of every community—we’re not strictly defined by our service, although we’re very proud of it,” said Shane Thornley, director of information security.

Before Zendesk, Shane worked at Nike, which also has a large and active Veterans ERG. But long before that, Shane was just out of high school when he decided to defer college and enlist in the Air Force. He wasn’t yet sure what he wanted to do with his life and tested into the role of linguist. So, in his late teens, Thornley spent a year and a half learning Arabic and some Kurdish. This was before September 11, 2001, which led to many deployments over eight years of active duty as a member of the Intelligence team. He also spent another eight years as a government civilian working in cyber defense and security before transitioning into the private sector to focus on raising his newborn son with his wife.

Facing bias that is sometimes political, sometimes cultural, veterans aren’t always hired into roles that they may be uniquely qualified for.

In contrast to Shane’s path, Christopher Broughton, global security manager, comes from a career military family and served in the Army’s Military Intelligence Corps. from 1992 to 1996, at which time he was promoted out of the Army into a government role for the National Security Agency. From there he moved to the Defense Intelligence Agency, the Pentagon, and the State Department, with a focus on designing secure embassies, before he was recruited into the private sector.

Of the transition period, they both agree that it’s a real change. “Even if you only do one term in the military, you assimilate to a culture that is very different from a civilian culture,” Shane said. “There’s also a different language than you speak in the military. There are a lot of acronyms that aren’t common in civilian life, and it’s difficult to translate the skills that you’ve acquired through years and years of training and experience to how they apply to whatever position in the private sector.”

[Related read: Put yourself on the path to empathy]

Here they share insight into what veterans can bring to a team, and tips around what hiring managers should ask—or avoid asking—during an interview.

Skills and values that translate

To hear Shane and Chris speak about their military careers, it becomes easy to draw parallels between life in the military and the workplace—especially when it comes to adapting to change or handling conflict. But the military prepares a person to work with more rigor and focus, and faster, than most civilians can imagine. Here are some core traits they say veterans can bring to the workplace.

Team culture. Your team has to be your “paramount priority,” Shane said. “It’s cliché, but it’s about taking care of the person on your left and your right. We’re a kind of family, and even when we have disagreements, we’re really just trying to do the best for each other and the overall team.” He says that a team is something to be valued and protected and it’s important to form a team that has cohesion through adversity.

Leadership. Leadership is a skill that generally needs to be learned, through practice. In the workplace, however, it often happens that a talented individual contributor suddenly find themselves managing a team—without any management training. But in the military, leadership is a focus and aspirational goal for everyone. “Leadership is a key and core value of any military member at any level of service—leadership of oneself or leadership of others,” Shane said. Veterans who were officers or in senior leadership roles in the military come with extensive project management experience, and can often motivate a team with a sense of urgency. “You’re getting leaders right out of the gate, people used to working on teams,” Chris said. “You just have to give them a shot.”

Dedication. As Chris put it, the military provides a unique skill set that is “pretty much tried by fire. We’ll keep working until it’s done. We’re not bound by time and circumstance; we look at everything as a mission. It has to be completed.” That’s why making the transition between military and civilian life is difficult, he explained. “There’s a different tempo in the civilian world versus military.” Shane conveyed something similar: in the workplace, there’s less hierarchy and structure. “When you’re serving,” he said, “you know in 15-minute increments what your intent is across the course of a day. When you join the workforce, you have to be able to navigate the ambiguity; it’s not so structured or hierarchical.”

The military prepares a person to work with more rigor and focus, and faster, than most civilians can imagine.

Resilience. Shane named resilience as one of the qualities he took away from his years in service. “Everyone has tough days, everyone gets negative feedback, and you don’t always agree with the people you work with,” he said. “But the willingness to come back and work the next day, and to make sure you’re focused on the tasks and goals of your team is important.”

There’s a level of professionalism, integrity, and organization that you can expect from military members across the board, Chris said. “It’s definitely a value-add. A military member is someone that you shouldn’t have to micromanage. We’re used to getting the mission, getting it done, and bringing back results.”

[Related read: Beyond the bottom line: Building a business on customer empathy]

How managers can interview, without bias

Translating what are often highly specific and developed skills from the military onto paper for a civilian role is a common challenge for veterans. “A lot of times, veterans have the skillset to add to an organization, but they can’t speak it in a way on their resume that allows the civilian organization to see their true skillset,” Chris said.

That’s part of the work that the ERG and outside organizations, like Vets in Tech, do. Coaching on interviewing skills is another because, as Chris explained, the promotions process in the military involves a panel interview where the person has to answer rapid-fire questions—often a very different experience from sitting down one on one with a series of interviewers for lengthier conversations.

The good news is that there are things that hiring managers can do to help make this transition easier:

Give vets a screen. If you see a candidate with a military background, and there’s enough verbiage that you recognize or that seems relevant to the role—even if not a perfect match—give them a chance to speak to their experience. Chris also recommends running a resume or CV by another veteran, who can help translate experience or apparent gaps in experience.

Look for the fit. Dig a little deeper into the veteran’s skillset, Chris says. “Ask yourself if you can train them up to where they need to be”—especially if you’re looking for experience with a particular tool or technology, something that can be learned. Consider what other skills the candidate can bring to the table from their military experience.

“A military member is someone that you shouldn’t have to micromanage. We’re used to getting the mission, getting it done, and bringing back results.” – Christopher Broughton

Let them tell their story—and limit your questions. Chris says there are no uncomfortable questions and hiring managers should ask candidates about their military experience; they will likely want to share. The exception is—asking about specific combat experiences or whether a veteran has killed anyone in combat; that is both uncomfortable and inappropriate. Shane added, “I’m only speaking for myself, although I’ve also heard this from other vets, that I don’t really know how to respond when someone says, ‘Thank you for your service.’ It’s a wonderful sentiment, but it can be awkward to respond to.’”

[Related read: Should you hire for potential and attitude, or experience?]

Ask questions around leadership and resilience. Shane particularly looks to hire for resilience and recommends asking a veteran (or anyone) to tell him about a time when they failed, and what they took away from that experience. “I’m looking for recognition that there was a failure in their professional past and that they are able to respond about how they came back from it,” he said.

From the interview on through the hire, a veteran’s first civilian role represents a major shift and transition period—often a very good one. The more managers can work on and use their emotional IQ to focus on their team and the interpersonal relationships amongst them, the better, Shane says. It helps to just be aware that a veteran is undergoing a transition, and so managers should work to ensure they have what they need, and have confidence that they’ll be able to bounce back from any bumps in the road. “Military members are, by and large, biased toward action and the success of the team,” Shane said. “Contextualizing that drive for the team’s goals is going to be very important.”

Companies are increasingly striving to measure remote work sustainability, but it’s not an easy feat. Learn best practices for evaluating the environmental impact of employees working from home.

Work it: A CX Moment with Upwork

Zendesk chatted with Upwork’s Vice President of Customer Support, Brent Pliskow, about the evolving workplace landscape and the growing need for freelancers.