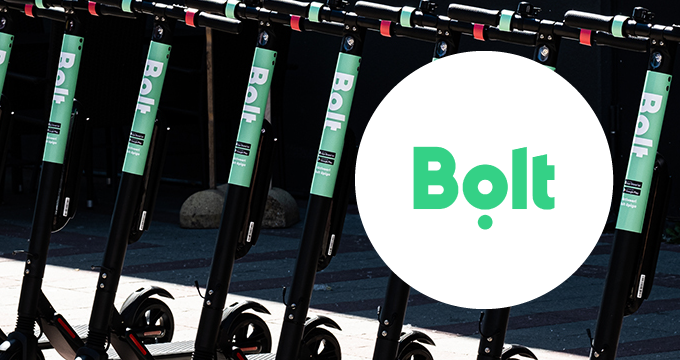 Ride-hailing business Bolt has a unique view of customer support: instead of focusing on delighting customers, its primary goal is to resolve issues at lightning speed.

“We’re not in the business of delighting our customers when they reach out for support. We understand they want a solution and they want it yesterday,” said Toby Humphrey, product manager at Bolt. “The more we can do to make sure that they get these solutions, whether it’s through self-help, automation, AI, or a response from an agent within 10 minutes, the more likely it is that they’ll have a good—and fast—experience.”

This customer support style is in keeping with Bolt’s rapid and agile approach to business. Since CEO Marcus Villig started the company in Estonia as Taxify in 2013—at the tender age of 19—Bolt has experienced breakneck growth. Valued at more than a billion dollars, the company operates in more than 30 countries and 100 cities in Europe, Africa, West Asia, Central America, and Australia. It boasts over 25 million customers and it expects to double in size by 2020.

The company’s key players in support are lit by the same fire that characterizes most startup executives, but there’s a little extra motivation at Bolt: its customers have plenty of ride-hailing options.

“Someone can download all of the apps to their phone and use whichever they want. They can be like, ‘Okay, I tried this out but had this problem, whatever. I’ll switch back to what I used previously,’” Humphrey said. “It’s especially important that they experience zero problems using our app.”

With the omnipresent threat of competition nipping at Bolt’s heels, the company keeps its mission pretty simple: offer fast, simple, and effortless service. The goal is for riders and drivers to share a seamless experience that inspires loyalty on both sides. One way Bolt achieves that is by embedding support into its website and app using Zendesk Embeddables.

The company also relies heavily on data, though it wasn’t always that way. Head of Customer Support Fred Gehrke says Bolt has come a long way from its “data-blind” state when he and Humphrey joined in 2017. “Imagine driving downhill in a bus in Italy, on a mountainous road that is really narrow and the windshield is painted completely black. You can't really see where you're going, and you’re just hoping that you're going to survive and not crash the bus around the next corner,” said Gehrke. “That was the reality in support.”

Today, the team employs hundreds of support specialists in 18 countries. Gehrke says the company’s holacratic approach, which empowers all employees to communicate and make decisions, makes the recruitment process crucial to the team’s success. “We asked our recruitment team to step aside because we wanted to make sure that we got the right kind of people. We were not hiring experience, we were hiring people,” Gehrke said. “If you get the right kind of people on board, then you can make sure that they develop at a rapid pace.”

That tactic has paid off—of the support team’s 40 leaders, only 3 were external hires. Gehrke says Bolt has figured out how to cram two to three years’ worth of training into a mere six months, which helps people ramp up quickly while keeping pace with the company’s growth. A key element of that effort? An internal help center that is a robust source of knowledge for agents. “We have thousands of internal articles which help our support agents to actually know what processes to undertake when helping our customers,” Humphrey said.

In this kind of environment, relationships are critical. Support specialists are encouraged to make connections with other Bolt employees outside their organization, which spurs change. Meanwhile, to help employees grow and spark cross-team relationships, Bolt rotates the staff into working pairs each quarter. “We’ll take applications from everyone who’s interested in having a relationship between customer support and another business function, or another geographical city team, and we’ll assess everyone and then pair a team lead and a support specialist,” Humphrey said. “Then it’s up to them. They decide how often to have meetings, how they’ll participate, and in what format.”

Keeping Bolt nimble is another critical measure to growing sustainably and efficiently. “My biggest fear was that when we grow to a very large size, then the movement, the information, slows down,” Gehrke said. “If we don’t move fast enough, someone else is going to come and take it, right?”

He maintains that the company’s holacratic approach and focus on relationships is what helps keep the organization agile and scaled for growth. And the data doesn’t lie. Between 2017 to 2019, the team reduced incoming support volume—measured by tickets per ride—by 70 percent, all while growing the business by more than 10 times. In 2018, the team reduced the average first response time by 75 percent.

“We thrive on building something in a way that’s never been built before, and to continue exploring and considering the endless possibilities that Zendesk is giving us in terms of what we can integrate into the whole system,” Gehrke said. “That’s just bloody amazing—I think we can change the way that support is being done in an exciting way.”