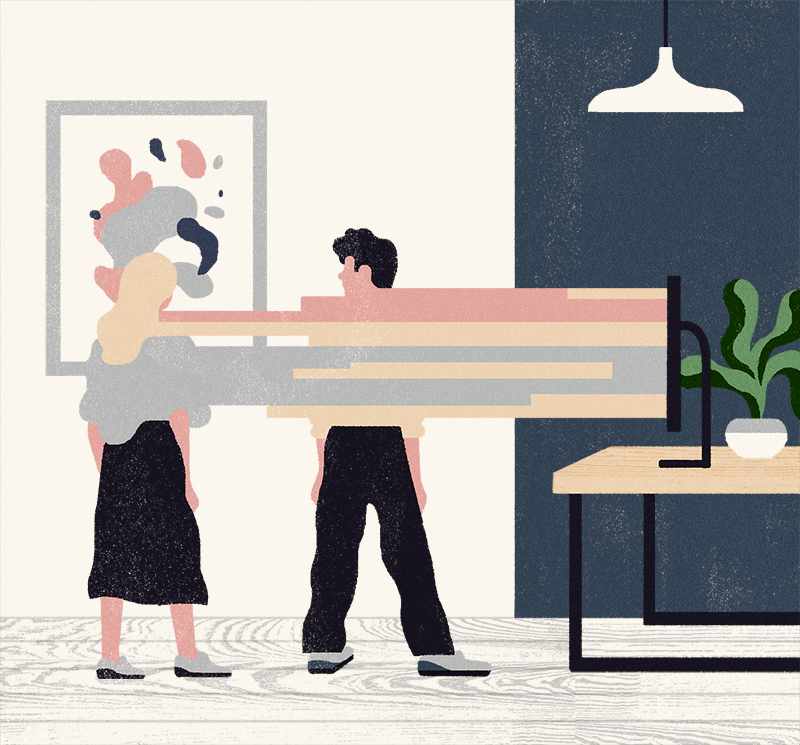 Rebecca is your typical tech-savvy twentysomething. She’s quick to Facebook, shares her life on Instagram, and swipes through her favorite app, Tinder, on a daily basis. “I downloaded it because I was curious—I just wanted to know what it was like and who from my hometown was using it,” said Rebecca. “Now I’m on it all the time.”

When Rebecca downloaded the Tinder mobile app a couple of years ago, she became one of The New York Times estimated 50 million users of the online dating platform. Tinder, launched in 2012, “empowers” its multitude of users to make connections with others in their geographic area, building relationships between individuals who may have never met otherwise. The app operates by giving users a stack of pictures to sift through; if one likes what they see, they swipe right over the image, if they do not, they swipe left and move on. When two users mutually swipe right on each other’s photographs, “it’s a match!” and the newly connected duo has the opportunity to “chat” within the app. For those of us who need a synopsis, Rebecca describes the process in simple terms: “you go- hot, hot, nah, nah, nah, hot, and then you have ten matches!”

Rebecca describes the process [of dating apps] in simple terms: “you go- hot, hot, nah, nah, nah, hot, and then you have ten matches!”

Looking for love or a way to kill time?

While Tinder and other dating apps like Bumble, Hinge, and OkCupid pride themselves on making meaningful couplings, many young users reject the serious nature of the products and repurpose them as merely carefree entertainment. Rebecca’s college roommate, Emily, downloaded Tinder four years ago when she was in high school. As a long-term user, she claims that she has always used the app casually, never thinking that her soulmate could possibly be among those she matches with. Perched on her bed in her cozy light blue room in Santa Barbara, Emily makes a quick back and forth motion with her thumb, showing me how rapidly she flicks through profiles on the Tinder app, giving each user a two-second evaluation at most. “It’s a game, like Fruit Ninja,” she says playfully.

Emily is not in the minority. In a study conducted at the University of Amsterdam in 2015, researchers found that “entertainment” and “passing time” are the most significant reasons young adults use Tinder. I find it ironic that such a high percentage of Tinder’s target audience is manipulating the product in a way that the creators did not intend.

While mindlessly using mobile dating products seems harmless to users, the misappropriation of the apps as a game can produce a slew of negative consequences. Blinded by the excitement of matches and neurochemical “rewards,” many users become hooked on dating apps, spending more and more time absorbed by their phone screens each day.

Ironically, the excessive use of dating apps is weakening ties between individuals rather than fostering connections. Are dating apps ruining relationships?

Ironically, the excessive use of dating apps is weakening ties between individuals rather than fostering connections.

Across the country from Emily and Rebecca, 26-year-old Boston photographer, Jason, explains to Vanity Fair that Tinder provides him with instant gratification and validation that cannot be replicated in face-to-face interactions. He confesses that after a while spent swiping, “you just find yourself mindlessly doing it.”

Catalina Toma, professor of Communication at the University of Wisconsin and an expert in the psychological effects of online dating, shares that this “mindless swiping” is actually a symptom of addiction. In a 2014 article published in Time magazine, Toma shares that using Tinder may become addictive through the process of operant conditioning. Essentially, when “it’s a match” pops up on an individual’s screen, they get a rush of endorphins, as if they are being rewarded. When these matches, and subsequent positive feelings, keep coming at unpredictable times, the user develops a subconscious attachment to the app.

I must admit that at one time, I too let Tinder’s small flame icon grace my iPhone’s home screen. The high number of matches I was able to rack up in a short period of time gave me a temporary high that left me wanting more. I continued turning to Tinder to get an instant ego boost whenever I had the chance. Thankfully, a friend encouraged me to delete the app. This was just the push I needed. The instant gratification matches never evolved into the lasting satisfaction I craved.

Like its addicting matches, the “chat” function of dating apps also has a hidden dark side. Back at home, Emily and I discuss her approach to “chatting” with other Tinder users. Emily shares she that enjoys conversing with her matches on Tinder because everything is on her “own terms”–she can wait as long as she wishes to respond, she can control exactly what she says, she can get advice from others, and she can edit her messages to perfection before she presses the send button.

Emily tells me about one conversation with another Tinder user, in which she and the young man created puns out of popular Netflix movie titles. “In real life you don’t have time to think of a good response. You can’t instantaneously think of a witty way to reply to what the other person is saying,” she adds, conveying that she would have never had the opportunity to engage in such an entertaining conversation outside of the app—or at least she thinks she wouldn’t. Emily possesses the innate fear of being rejected in person if she ever were to meet up with someone she matched with on Tinder. She imagines this face-to-face dismissal to be far more painful than anything she might experience online. “I’m a nervous person, I have social anxiety,” she discloses. “Even meeting up with people I do know can give me anxiety sometimes.”

According to Catherine Echols, professor of Psychology at the University of Texas, social anxiety is “an unusually strong fear of interacting with and being evaluated by others.” Echols states that interaction with social media, including Tinder, can escalate one’s social anxiety by decreasing one’s opportunities to interact face-to-face. As Emily mentioned, behind a computer screen, she has the opportunity to craft each message to perfection, giving her the opportunity to convey her “best self.”

Dr. Desiree Aldeis, a relational communication expert, adds that once an individual develops this high level of comfort online, they will continue to turn to online platforms when they want to communicate instead of engaging in person; ultimately, this cycle intensifies one’s social anxiety.

Emily even acknowledges that while she does get an instant confidence boost from Tinder, she believes that the app has made her overall a more self-conscious person in real-life settings. “I mean, I may look good in my Tinder pictures,” she shares, “but I don’t necessarily look like that in real life. It’s so much more nerve-racking.” Emily’s continual use of Tinder has intensified her apprehension of interacting with and being evaluated by others.

Emily acknowledges that while she does get an instant confidence boost from Tinder, she believes that the app has made her overall a more self-conscious person in real-life settings.

Dr. Aldeis teaches a university course in which she uncovers the “dark side” of interpersonal communication. One of her lectures focuses specifically on internet matching services like Tinder, Bumble, and the like. Her beliefs on the most detrimental aspects of the apps? Shallow relationships, physical risks (stalking, for example), and foregone opportunities in real life. With all the time users are spending on the apps, there is less time for face-to-face interaction—with friends, family, and potential “matches” off the screen.

In an Atlantic article titled “The Rise of Dating-App Fatigue," Julie Beck explains that, while the dating app Grindr has created a comfortable space for gay men to meet and interact, it has changed the social environment of gay bars. In the past, the bars were a perfect place to meet people. Now, people don’t have to go out to meet others, they can chat with new faces directly from their phone. In the article, an interviewee said, “Gay bars back in the day used to be thriving, they were the place to be and meet people and have a good time. Now, when you go out to the gay bars,people hardly ever talk to each other. They’ll go out with their friends, and stick with their friends.”

Of course, not every app user prefers computer-mediated communication to face-to-face interaction. Rebecca, for example, shares with me that she feels just as confident talking to people online as she does in person. However, her approach to using Tinder contradicts the single goal the app’s founders had for their product–to bring people together.

“Honestly,” she divulges, “I feel like when you are on Tinder, when there are just pictures and short descriptions, you don’t think of each user as an actual person.” She shares that after playfully swiping through thousands of pictures and making hundreds of matches, she has become desensitized to the human aspect of the product. In her opinion, it does not matter what you say to another Tinder user, because you will not ever run into them in real life (even though Tinder is a location-based app, meaning that every face that pops up is residing within a mile or two).

Unlike the connections that Tinder aims to foster, those who continuously play the dating app game run the risk of becoming less engaged in their social surroundings, and reducing their neighbors to one-dimensional judgeable photographs.

Those who continuously play the dating app game run the risk of becoming less engaged in their social surroundings, and reducing their neighbors to one-dimensional judgeable photographs.

Who likes me, now?

As I sit huddled with Rebecca and Emily late on a chilly Monday night, flipping through images of our neighbors in Santa Barbara, I can’t help but feel like I am playing a game—the app truly is enthralling. All of a sudden Rebecca squeals, “Ohhh, who likes me?” The glistening delight in her blue eyes, triggered by a new match, makes me smile for a moment out of contact excitement. However, my smile soon fades… I watch the two girls sit beside each other, scrolling through their cell phones independently, giggling at their own screens instead of laughing together.

Apparently, the game is not only hindering new connections, but also putting up walls between those that already exist.

Author Note: “Rebecca” and “Emily” are pseudonyms for interviewees who wish to remain anonymous. 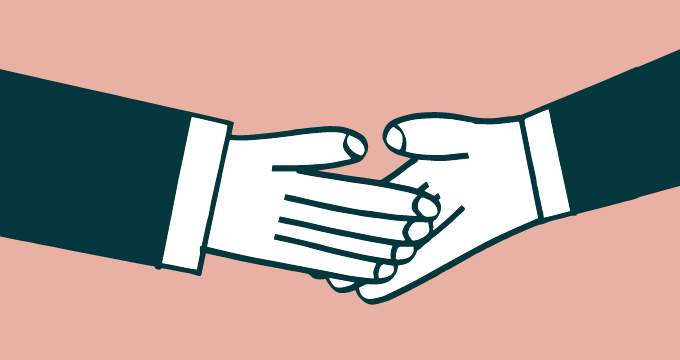 Let’s shake on it

Understand the impact of customer service on your business.

You may remember Tay, Microsoft’s infamous Twitter chatbot that unintentionally picked up on hate speech and&mldr;

Years ago, I read an article explaining that most objects that appear solid aren’t; they are,&mldr;