The startup psychologist: It’s easy to bake your issues into your company 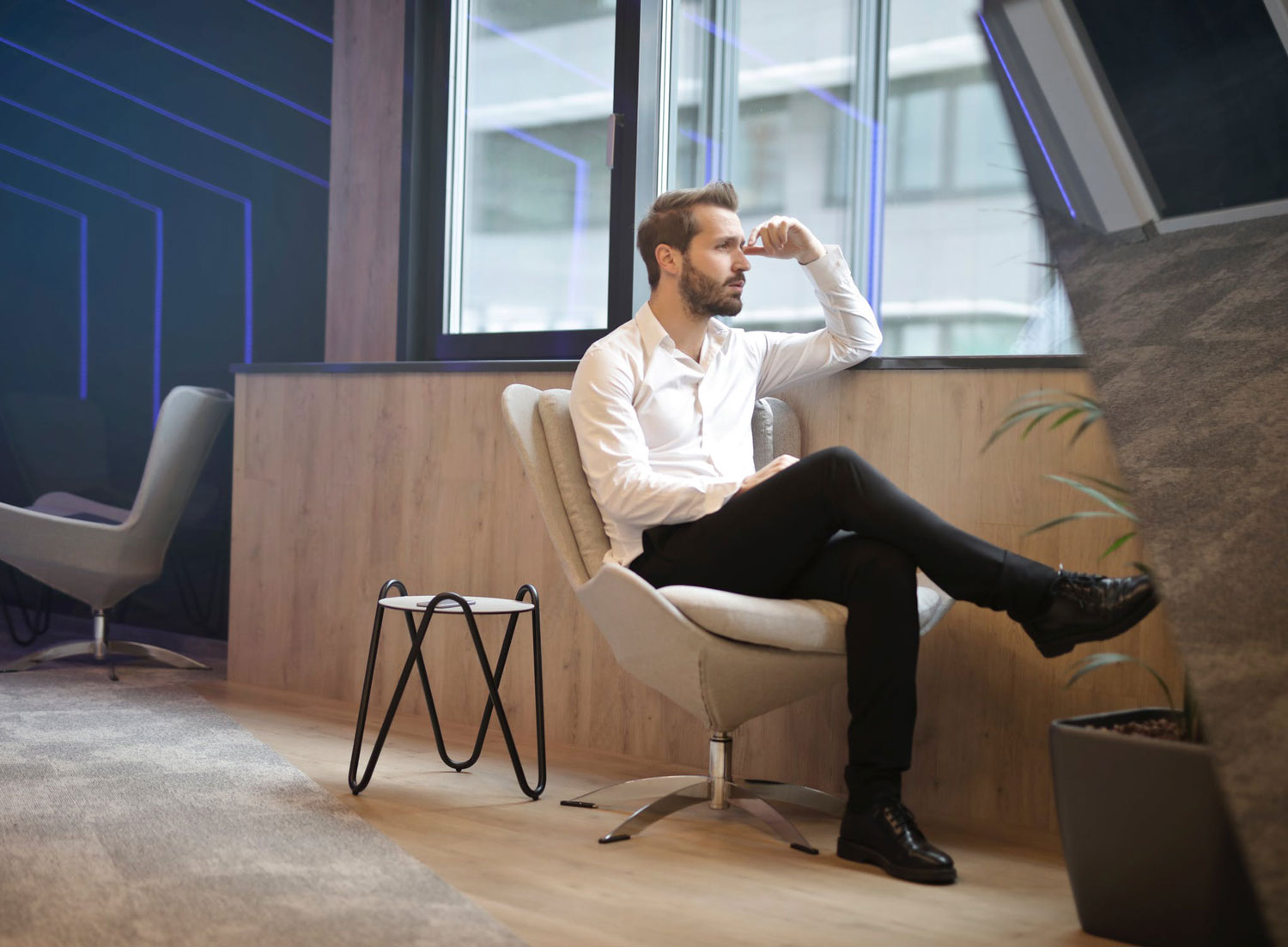 The entrepreneurial journey can be lonely, all-consuming, fraught with failure, and devastating to relationships. All the psychological and emotional baggage we each carry—whether a traumatic childhood, a tendency toward anxiety, or difficulty forming or keeping relationships—is hard enough, and the mercurial nature of startup life can trigger pretty much everything. One of the hardest parts of being an entrepreneur is having to pretend that none of it fazes you, putting on a mask of invincibility for investors, employees, and customers. Meanwhile, you may be inadvertently baking your issues right into the culture of your company.

Licensed therapist Emily Griffiths has seen how unresolved issues can impact the success or failure of a startup. With about 60 percent of her client base represented by chief executive officers (CEOs) and co-founders, she’s become an expert in the psychology of the startup and startup founders. And it all began through her own experience launching a private practice in 2015.

“After I finished all my training to become a therapist, I didn’t yet have any clients. I was sitting there in the office, alone, and I started to feel really anxious and depressed,” she shared. To cope, she began researching the psychological effects of starting a business and realized that there was a whole population of people struggling with these same feelings. So she made it her specialty, delving into the psychological issues faced by entrepreneurs and connecting with founders at local co-working spaces and incubators.

As creators and visionaries, Griffiths said, entrepreneurs often focus on an uncertain future—which can create anxiety. They work constantly, which can take a toll on relationships and mental health. And they’re responsible for others’ financial well-being, so when things don’t go right, they wrestle with a lot of anger and fear. Entrepreneurs come to her to deal with anxiety, depression, angst or relationship issues. But often those are just symptoms.

“They know something is not right and we have to figure it out; make the unconscious conscious,” she said. “They’re like ‘I know I’m depressed, but I don’t really know why.’”

“They know something is not right and we have to figure it out; make the unconscious conscious,” she said. “They’re like ‘I know I’m depressed, but I don’t really know why.'” – Emily Griffiths

The risk of self-sabotage

“If you’re pursuing a big dream, it can be very frustrating to be in therapy,” Griffiths said. Patients can feel shame about the fact that they’re struggling and may internalize that shame. But if they don’t work through the issues that are troubling them, it’s likely to impact their performance and become part of the foundation of their company.

For example, a startup founder who grew up being told: “You’re not going to amount to much” might set out to prove that person wrong and launch themselves fully into their business, but wonder why they keep hitting roadblocks. They don’t realize that, on some level, they believe what that person said, and they unconsciously sabotage themselves with poor choices because they don’t think they have a right to succeed.

Another example would be a person who has an avoidant attachment style. These people had parents who—sometimes without meaning to—were neglectful and/or overbearing and intrusive in their lives. Their experience taught them that closeness and intimacy was not to be trusted—and they bring that into their relationship with their team.

“In a company, it’s all about the team right?” Griffiths said. “If you can’t form healthy attachments with your team, it’s going to affect your relationships and your company. There are pursuers and distancers, and you’re one those at work, too. If you don’t do your [internal] work, that’s going to come out in weird ways.”

The fear of vulnerability

The very nature of the startup ecosystem can make it hard to look at these difficulties. The startup culture is very optimistic and bold, with mottos like “fail forward” and “we’re killing it.” This kind of optimism is essential for getting through tough times and leading people to manifest a vision. But founders may fear that admitting depression or discouragement may be seen as an unwelcome cultural downer, a disincentive

For example, Griffiths said, a common problem she hears is that a founder has successfully built a company but still feels unhappy and dissatisfied. Often, it’s because the company doesn’t look they way they envisioned. While their community might not understand why that’s a big deal, the fact is the founder invested a lot of passion, sweat, and tears into that vision—and they need to have a chance to grieve it before they can fully embrace what the company has become instead. That’s the kind of thing many founders may have experienced, but need help growing past in a healthy way.

For example, Griffiths said, a common problem she hears is that a founder has successfully built a company but still feels unhappy and dissatisfied.

Many people think about therapy as one type of activity—talking about your childhood or emotions. But psychology offers several different modalities, including identifying the connection between emotions and various body sensations, or role-playing with different parts of the self. For example, many people who grew up in homes with a lot of conflict, or where conflict was forbidden, might actually have some profound rage to deal with, but they’re afraid of it, so it morphs into depression. It becomes part of what Carl Jung called “the shadow,” or their dark parts. They might experience it as a physical sensation, but it’s kept in a part of their psyche that they hide from themselves.

[Also read: Self-care tools to keep you happy and strong]

The ability to express anger in a healthy way, though, might be necessary for someone as a leader. Other feelings like deep fear or heartbreak might be masked by something more “acceptable,” like anxiety. Griffiths may ask clients questions like: “What do you think you would have to feel for the anxiety to go away?” Frequently it’s something they’re afraid to feel.

Another common scenario involves conflict over entrepreneurial identity. Griffiths said most entrepreneurs strongly identify as an entrepreneur, sometimes from as early as childhood. It’s a fundamental part of who they are and so it can be difficult to acknowledge thoughts or feelings that might conflict with that identity.

In truth, some entrepreneurs may be gung-ho about doing what’s needed behind the scenes to build a business, but feel an aversion to the public aspect of it—like pitching, talking to investors, and even talking to prospective customers. To help gain clarity about themselves and their relationship to their careers, Griffiths might ask and help them work through: “What does that mean to you that you are an entrepreneur?”

None of this, she said, is revealed overnight. Therapy is a process. It’s very abstract and conceptual, and there’s no road map. Most of her clients have been leaning on their coping skills for a while, repressing feelings, for example. And it’s too jarring to the psyche to try to unpack that all at once.

The value of slowing down

Entrepreneurs are used to thinking about the future and moving fast. Griffiths has to help them slow down and pay attention to what’s happening in the moment. She works to help them learn to recognize their feelings and identify sensations in their bodies, like a tightness in the chest or stomach butterflies, that are signals.

“The more you slow down and experience what you’re feeling and thinking, the more access you have to your intuition, the better decisions you make, the better the flow of your life,” she said. “It takes time to change. Really good, effective change doesn’t happen overnight, or even in a month.”

Being the leader of an organization can be very isolating, she said. She sees her role as the sherpa. She realizes it’s not her journey, it’s the client’s journey. And she’s on her own journey with them. The goal is integration: Recognizing and acknowledging all the facets—emotions, physical sensations, outside pressures—and learning how to live with them or rise above them.

“Stress can be managed. The anxiety and depression can be minimized or go away completely…There’s a doom and gloom around therapy, but it can actually be a very vibrant experience,” she said. In truth, she explained, the body is designed to heal. “It’s about emerging with an integrated sense of self so you’re better at coping, better at managing, better at relationships…you’re lighter and freer, more focused, more aware, more connected to yourself. You’re better at being you.”

Companies are increasingly striving to measure remote work sustainability, but it’s not an easy feat. Learn best practices for evaluating the environmental impact of employees working from home.

Work it: A CX Moment with Upwork

Zendesk chatted with Upwork’s Vice President of Customer Support, Brent Pliskow, about the evolving workplace landscape and the growing need for freelancers.