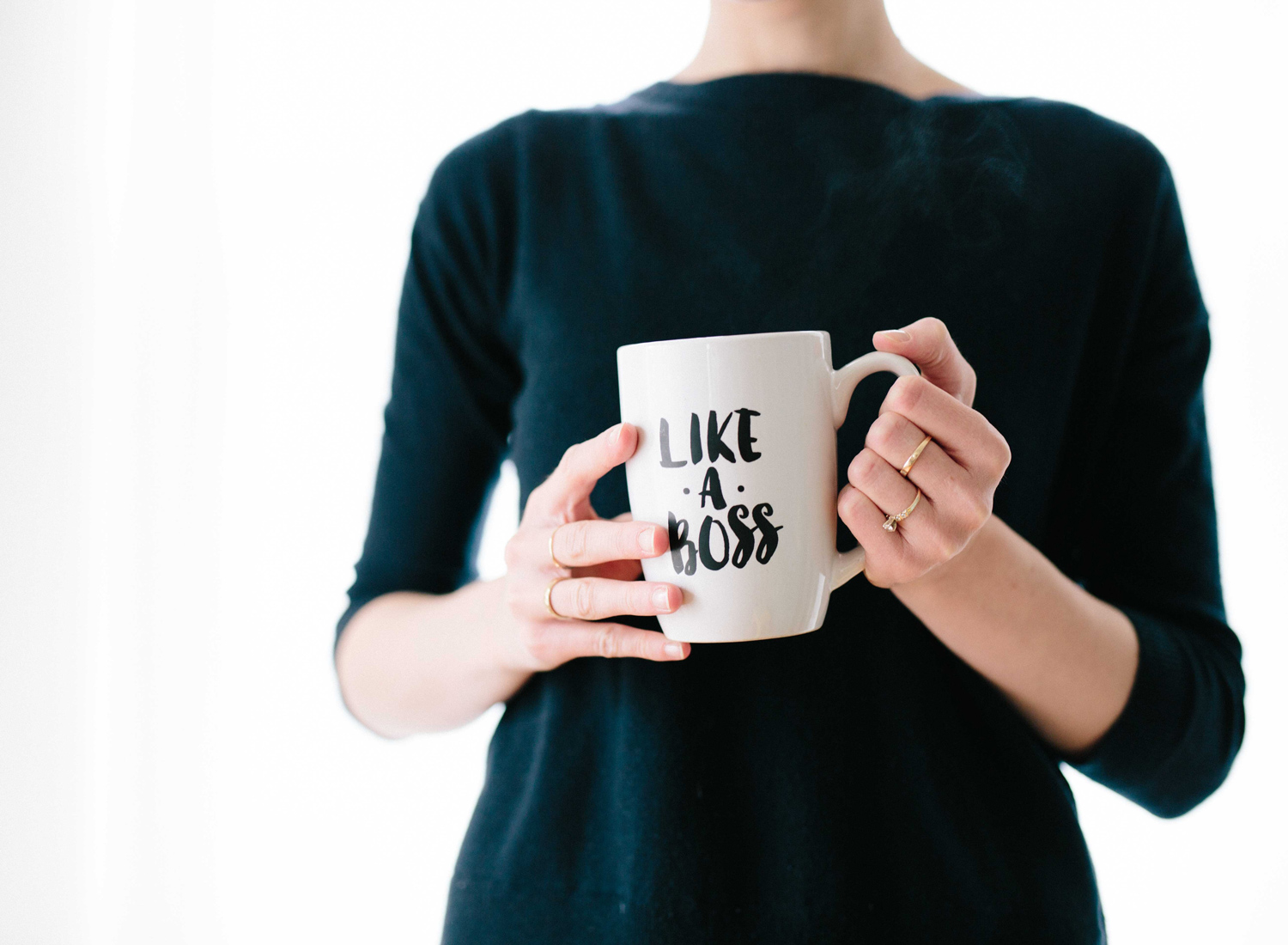 Sarah Stealey Reed remembers a pivotal moment in her career as a contact center leader. She was an ambitious woman in an industry mostly dominated by men, and had always been advised to "act like a man." At the time, that meant: "You cannot be soft. You cannot be emotional. And you cannot be friends with staff—all of which fundamentally went against everything I was. We had high revenue, but I was also burning people out, working myself and them to death to create success," she said.

"I had this manager walk into my office who said, 'We have to talk. Not everybody wants to work as hard as you. That doesn’t mean they don’t want to be successful or that they don’t love their jobs. You have to stop pushing everyone as hard as you push yourself.'" Though Reed was a senior vice president and outranked the manager, she took his advice to heart and completely changed her leadership style. She brought back in a lot of her own personality, her human-ness, and began treating employees more kindly and respectfully.

The result? "Our scores did not drop. Morale went up; attrition went down."

No one coaches women to "act like a man" anymore. And, globally, 60 percent of contact center managers are now women, though historically the centers were staffed with women and run by men. Though much research has been done into whether or not contact centers prefer to staff women because they are "more compliant" and "better at following rules" than men, women I talked to in contact center leadership thought they brought something entirely different to the role. Women, they noted, either because of nature or nurture, tend to be better at doing the emotional work of a contact center; they tend to be able to juggle myriad, disparate tasks (hence the male ribbing about women having so many tabs open on their computers); and they tend to think of the contact center holistically, rather than zeroing in on the numbers.

No one coaches women to "act like a man" anymore. And, globally, 60 percent of contact center managers are now women.

Historically, male industries treated some of the "softer" aspects of managing employees—such as their emotion and vulnerability—as a distraction. But customers often call contact centers when they're upset, and employees must de-escalate the situation and be a buffer for all that emotion. If they can't, they are unlikely to be perceived as providing great service, even if they ultimately resolved the customer's issue. And as many people say, customer service is marketing. But beyond that, research shows emotional labor can take a toll, and employees bearing the brunt of it could wind up with health issues. Consequently, an organization's financial health positively correlates with its employees' emotional health.

"It's a far more emotional job than people give it credit for," Reed said. "If I'm a customer calling about my cable, I may know this is not a life-or-death situation, but right now it feels like it and I'm so upset about it that I'm not handling it very well."

You have to remember there's a human behind every metric," she said. "You have to look at what is going to cause people to no longer provide the best service. You have to understand why they come to work every day. What is motivating them to come to this job and be yelled at, be cursed at? It's a little bit different for everyone… You can't just be numbers-driven. You have to be trained to know when it's okay to pull people off the floor and say, 'You need to go for a walk, let's you and I go get a cup of coffee. I don't care that the phones are backed up right now.'"

You have to remember there's a human behind every metric. You have to look at what is going to cause people to no longer provide the best service.
Sarah Stealey Reed

But emotions are only one aspect of the job. Contact centers are a hub for the relationship between the company and the customer. They're a proving ground for new technologies, including the use of social media and artificial intelligence (AI). And they have to be managed down to fractions of an hour.

Lori Bocklund, founder and president of contact center technology firm Strategic Contact, is an engineer by education. She sees the world of the contact center as being full of complexity. "It's so rich," said Bocklund. "It's people, process, and technology. It's finding the right people, getting them trained on complex things, watching them grow and develop. The people side is wonderful; but there’s an awful people side, too. You have to be constantly focused on and asking: how do we make this more efficient, how do we help customers have a better experience? It's constantly evolving. It's an interesting, diverse, rich environment that's throwing tactical problems at you all day."

It's an interesting, diverse, rich environment that's throwing tactical problems at you all day.
Lori Bocklund

"You're directly responsible for the full strategy," Reed said. "The channel mix, the amount of staffing—which requires massive calculations. There are changes in the inter-hour volume that demands pretty scientific calculations: 10 people during this half hour, 20 people during the next half hour. You need five on chat, two on social media, three on email. You're responsible for systems you're going to be utilizing and metrics you’re calculating and reporting on."

Nikita Harrell, customer care center manager for Pepsi Bottling Ventures, found the same to be true. "It's a very detailed role," she said. "You have to be in tune with staff and in tune with the measurements as well."

Then there's also the business of understanding the technology. More and more contact centers are trying to become omnichannel, to provide a seamless experience between the customer's physical and digital worlds. But a lot of the new tools contact centers are implementing aren't quite there yet, Bocklund said. A chatbot that uses AI, for example, can consume far more data than the old If/Then scenarios of earlier programming. Even so, she said, "You're not going to turn it on and let it run by itself and have it go great. You have to keep optimizing or, pretty quickly, it's going to run amok."

Bocklund said that something women tend to bring to this scenario is the ability to juggle all the pieces and think of things more holistically. When she works with male managers, she said, they're more prone to getting caught up in what the tools can do rather than looking at the bigger picture. As a consultant responsible for helping companies adopt new technologies, she was trained in change management and learned that unless you deal with the human aspect of adopting a tool, and the habits and ways of thinking that must evolve, the tool will fail.

Harrell started out in financial services and got her brokerage license, but ended up working in a very large contact center for an investment company. She fell in love with the role and all its challenges. She’s well aware of the numbers and targets she must hit or stay within but sees a big part of her job as developing people to help them achieve their dreams.

Contact centers have a reputation as a dead-end job, but the agents are everything. No matter what technology a company uses, there's no way to hit your metrics without agents showing up to work, feeling dialed in. That involves a lot of operational planning. Both Harrell and Reed said it was crucial to have incentives: contests, bonuses, or special outings. It is also essential to ensure there's a budget for training and upskilling opportunities. Someone who begins working in the contact center might begin as an agent, but then earn a scholarship to learn to code and ultimately move into a different department. It’s all about the motivation that inspires people to come to work, and then inspires them to stay.

Contact centers have a reputation as a dead-end job, but the agents are everything. No matter what technology a company uses, there's no way to hit your metrics without agents showing up to work, feeling dialed in.

So when Harrell hires someone new, she works to find out what their dreams are and how she can help them use their time in the contact center to move toward them.

"Nobody in elementary school said, 'I want to be a contact center agent.' But whatever your dreams are, this teaches you the foundation of customer service and how to communicate," said Harrell.

"Customers call in because something is out of their control," she said. "We teach the agents to be the hero. It is awesome management training in general because no matter where they go in their lives they're going to experience conflict. The important thing is how you respond to it."

There's a lot of debate about whether men and women actually think differently from a biological standpoint, or whether they're just trained and shaped differently through cultural conditioning. The women I interviewed all said there are some fantastic male contact center managers who are able to handle the emotional side of the job, as well as the tactical and operational side. So maybe it's not about being male or female in this kind of role. Instead, maybe it's just that customer relationship management is, at its root, about emotional, fallible humans interacting with other emotional, fallible humans. Since we all fall into that category, managing consciously for humans, helping to guide our aspirations and emotions in the most productive directions instead of keeping them out of the workplace will benefit everybody.

Zendesk chatted with Compass’ Director of Customer Support, Amy Velligan, about applying the lessons she learned at Walmart to the nation’s largest real estate brokerage.