Panelists at SXSW shared how to change the conversation, and hiring practices, around disabilities—hear from leaders at Be My Eyes, Fiverr, and Etsy.

When people talk about hiring those with disabilities, the emphasis is often on what the candidates can’t do. But 26 percent of people in the U.S. have some type of disability—from impaired vision to ADHD—and what these millions of people can contribute is profound. In fact, many speak of their disabilities as their superpowers. Still, underemployment among those who are disabled and of working age is high, especially among those without higher education.

This means that companies have a long way to go in terms of inclusivity, a topic at many sessions at the 2021 Virtual SXSW conference.

In a session titled “Disability & Tech: Barriers and Opportunities,” Mara Mills, associate professor of Media, Culture, and Communication at NYU, noted that organizations that embrace best practices for employing and supporting individuals with diverse abilities in their workforce have 28 percent higher revenue and earned 30 percent higher profit margins than their peers.

The freedom to be yourself starts at the top

“I became legally blind when I was 19, and spent the first four years or so remaining very closeted about it,” said panelist Will Butler, now VP of Community for Be My Eyes, an app that connects visually impaired people with sighted volunteers through a live video call. “It wasn’t until I was 23 that I started using a white cane and really sort of came out as blind.”

Today, he said, there are many people hiding disabilities. They don’t feel safe talking about their disabilities, either during the hiring process or after being hired. An inclusive culture, Butler said, is one in which people are “comfortable being seen for who they are, completely.”

That necessitates public conversations about disability and inclusion that start at the highest level—because people in the C-Suite can have disabilities, too. People in leadership should feel encouraged to openly discuss their disabilities, which would help others feel safe talking about their own.

Panelist Christina Goldschmidt, head of Product Design at Etsy, completely agreed. Goldschmidt is dyslexic and has PTSD. She manages accessibility for Etsy’s design team and is very open with the organization and the world about how her disabilities impact her work life. Only through such transparency, she said, can people who have disabilities say, “I can see myself in this organization.”

After all, you can’t solve a hidden problem.

Not part of the panel, but in an interview, Marcus Cooper, director of Global Diversity, Equity & Inclusion at Zendesk shared, “Cultivating diverse, digital-first teamwork is a strategic imperative for Zendesk. That means that we develop inclusive leadership behaviors that both enable and protect psychologically safe spaces while activating the unique backgrounds and perspectives of a diverse, global talent community.” At Zendesk, a Whole Self Employee Community works, with executive sponsorship, to help foster a culture where employees feel empowered by their abilities and talents, and provides space and resources to recognize mental health, neurodiversity, and physical disabilities. “Simply put—we cannot innovate or deliver an exceptional customer experience if we do not create a team environment where uniqueness (difference) can be both recognized and celebrated,” Cooper said.

[Related read: The Empathy Economy: Care, so your customers will too]

Focus on the superpowers

“Disability is design; it’s a manmade construct,” said Butler. “Everyone knows everybody is different. Every mind is different. It’s about thinking about this stuff when we build experiences.”

Someone who is great at executing might be terrible with managing; someone brilliant with code might struggle with language; someone great at detail might suffer with speed. Everyone, in that sense, has a disability but each also has a superpower. It’s often the same with diagnosable disabilities.

“Disability is design; it’s a manmade construct. Everyone knows everybody is different. Every mind is different. It’s about thinking about this stuff when we build experiences.” – Will Butler – VP of Community, Be My Eyes

It has long been acknowledged that when someone loses one sense, other senses become sharper. It has to do with the way the brain is wired. Mills noted that a lot of her deaf friends use the phrase “deaf gain” rather than “hearing loss” to talk about the benefits of thinking about sound and communicating differently.

Goldschmidt said that her dyslexia allows her to see when a design is a pixel off.

One superpower that those with disabilities have is the ability to ferret out places where a company’s accessibility design isn’t working. Panelist Mor Levinhar Tzang, disability product innovation manager for Fiverr, used to work for the Israeli National Institute for Rehabilitation of the Brain Injured. Working at Fiverr, she said, she thought their company was completely accessible until she started working with a student who was visually impaired who pointed out some areas of the platform that weren’t working so well, enabling Fiverr to improve its accessibility. “Only because of her we were able to become 100 percent accessible, so it’s so important to step outside your team.”

There’s no way to truly know, panelists argued, whether your product or service is accessible for both employees and customers except to have people with different strengths and abilities test them out.

When Fiverr recognized the issues with its platform, Tzang said, making the changes was an easy fix. But many companies fear that making accommodations will be difficult and expensive. Often, it’s not.

For Goldschmidt, being on her computer all day, dealing with dyslexia, can be exhausting. So she has programmed her Mac to select texts and read them back to her. She also uses free programs that allow her to convert written articles on the web into podcasts.

“There are all these cool technologies that allow you to use a different sense,” she said.

People in leadership should feel encouraged to openly discuss their disabilities, which would help others feel safe talking about their own.

Butler noted that Be My Eyes is used by people when things aren’t working, which gives the platform a lot of data on what is or isn’t working in the employment world. As a consequence, Butler said, they now work with brands to address issues that they might not have been aware of. Since almost every software and technology has to incorporate accessibility, it’s assumed that all tech provides equal accessibility. But that’s not the case.

“Every workplace has a million different cloud softwares, and tools and widgets, and HR things, and punching the clock, and all these different tools have varying degrees of accessibility,” Butler said. “If those aren’t accessible, you’re preventing your staff who have disabilities from working. I can’t emphasize enough how important it is that the companies are thinking about that in the procurement process when they’re buying these technologies for the first time, because that’s when you have the leverage to be able to say ‘is this product accessible? Is it going to work for every single one of my employees?’”

And it’s important to use the clawback clause so that if any of your employees can’t use the software, you can return it.

Once an industry or company begins the change toward inclusivity, it is bound to find more stuff that’s not working. But that’s a positive, because that’s how change works. And, ultimately, designing for everyone amounts to better design. 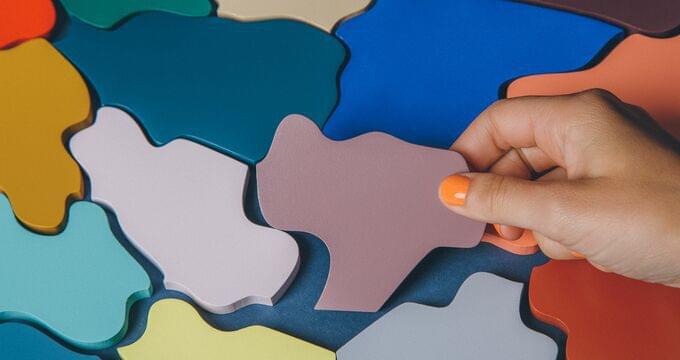